What’s Jack up to? Good old, Jack has pulled the stuffing out of yet another stuffed toy. Looks like he’s found a new game and I have a new habit to break. Oh joy. I had to get a dog, huh?

ANTM was all about the positive energy and poor Marjorie was embracing her wrecked nerves. She just didn’t understand all the positivity coming off the darn American girls. It was all an act, Marj. False bravado.
The girls meet Paulina for a self styling challenge, turning good to bad with clips and pins. Which is pretty normal on shoots. Marjorie cracked under the pressure of Paulina’s criticism, but Paulina comforted her as much as she could and she was cool for a sec. The winner of the challenge was McKey who just doesn’t do it for me. Anybody else getting a Joker feeling there? The loser was Samantha who once again turned the clothes into whatever she wanted and didn’t care for the design.

Now for the photo shoot and Mr. Jay comes out looking like The Predator from Predator vs. Alien.
The girls were giants and looked fab done up all mod. But it’s all about Marjorie this week and she was down on herself. But they could be fooling us because there is some Joclyn talk too. Will she be in the bottom with Marjorie? Or could it be Samantha with all her confidence? Surprise- Out this week is Clark. Winner one week and out the next. Buh Bye Clark. 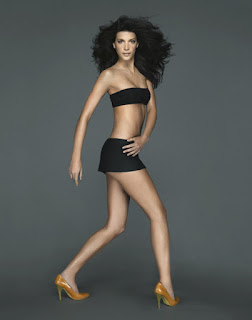 Now for the main event

Project Runway starts with Korto again. That woman wants the tents BAD. I sure hope she makes it to the end, but I’m kinda of afraid to hope. Then its Kenley saying how she’s not talking to Leanne because she tried to sabotage her outfit. Pla-ease. Earth to Kenley. Then Jerell is all sad because he’s the only guy left and stuck with talking to his imaginary fruit “Suede”. I can’t even make a joke. Poor Jerell.

Time for a road trip to the NY Botanical Gardens and suddenly I want to take a trip. At the garden they get the challenge and it’s an L’Oreal challenge to make an evening gown using nature as your muse. The designers her given cameras and told to have at it.
The designers choose 1 photo and off to mood they run. Looks to me like somebody left their fabric at mood. Who could it have been? Oh boy, it was, Kenley. I just can’t feel bad about it now. That’s what you get for laughing on the runway chickie.

Day 2 and Kenley is mad, mad, mad and not talking to the other designers. Now she’s trying to buy tulle. But no designer will sell her any. Thank goodness for her Tim is so nice and letting her go back for it. Don’t you remember last week Tim and how she was taking to you? Oh well. I’m not in charge.

Collier Strong comes in to consult on makeup and do a long commercial.
Then it’s the Kenley sob story for a while with the other designers on one side and her on the other all sad and down and misunderstood. But really she’s not. She was mean to them the entire time. Face it.
Tim arrives for the walk through.
Korto’s lace is bothering him
Kenley loves her dress. Tim doesn’t like the scales and she won’t listen. It’s just another day.
Jerell is unfinished. Get finished.
Leanne is looking very ‘Hello Dolly’. I agree.

Poor Leanne with that seam ripper late at night really took me back. I feel your pain girl.
Now Jerell is crying. And Korto. Who do they have behind the camera, Barbara Walters?
I can’t believe this is the last runway show. This season went way too fast. I’m gonna cry too.
Time for the show. Hey Heidi’s in a suit. Hmm. 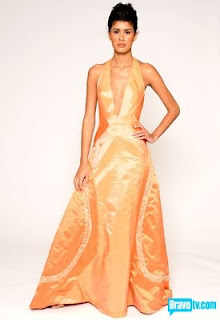 Leanne –Like the top but not hip and back of dress. 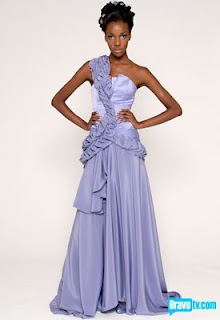 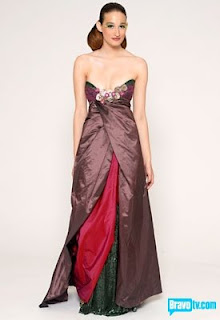 Kenley-ok but boring on top and don’t like bottom. I could buy this in a costume shop. Ugh. Why is she still arguing on the runway? 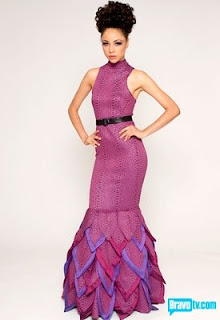 Heidi asks the question: Why should you move forward and who should go with you? The designers are breaking it down and letting the judges know how they really feel about Kenley. Uh oh. This is not pretty.
Kenley apologizes for being Kenley and then lets everyone know that Korto is not her favorite. Ouch.
It was the tensest waiting room ever with Korto ready to deliver the smackdown.
The judges deliberate and it’s all to keep us on our toes. I’m not even going to guess.

Yay, Jerell is the winner!
And the loser is… wait for it… Nobody. Huh? What?! They all get to make collections but only 3 will be in contention. I’m confused. Sigh, but what else is new?
Oh well, at least I’ll get to see another week of them all working on their collections. That will be fun. More drama and it’s not mine. Bring it on!