What’s Jack up to? As I type this late at night he’s sleeping like a baby. One would never know all the mischief he gets into in a day.
So did you watch? Of course you did. You had too. What else was on, Law and Order? 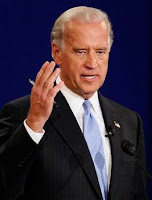 I tell ya, one more wink and I was ready to jump through my TV and give her a shake. And all that fake folksiness was making my teeth hurt. It was a night of winks, silly quips and question avoidance. But a shameless plug for imaginary future power had to get thrown in. Scary.

The woman wants power with a capital P. That is clear.

Just check out her shoes. 3 clicks of the heels? But, props to her for standing in them for an hour and a half.

Oh, and not for nothin’, but that sweet baby sure keeps late hours. I’m just sayin’.

pics thanks to AP

On the up side, look what I got. My Obama lawn sign finally came in. It was on backorder. Yay! This is the first time I’ve ever made such a bold political statement and I’m proud to do it. 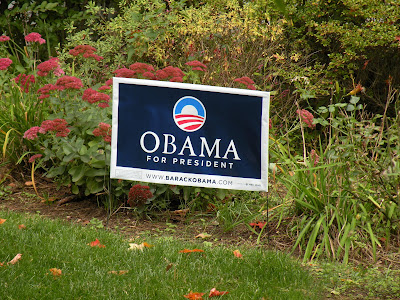 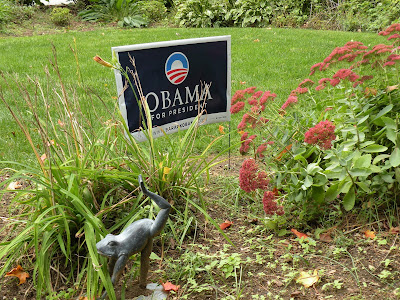 Now the whole neighborhood knows who I’m going for. Humph. As if they didn’t know before.