What’s Jack up to? That Jack is doing his own thing. Making a comfortable bed out of coats thrown about and clean laundry that he secretly pulls down to suit his needs. What will I do with you Jack?
Today it’s yet another grey day and cold as all get out with snow lightly falling. Ahh sweet. Not. I’m so not ready for this yet. And do my twins put on decent coats for the 27 degree weather? No. Like the teens they are. It’s a little Northface for one and a Hoodie for the other and out the door. Oh well…
The finale of America’s Next Top Model snuck up on me last night. Once again this season it was on and I didn’t even notice. How did that happen? I guess it’s because there wasn’t a girl left that I could really get behind and root for. It was a season of just eh for me. Every interesting girl was out in the first weeks.
By the middle of the show Analeigh was a goner. 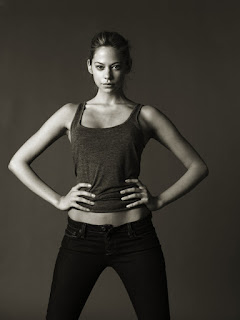 And it was up to Samantha and McKey to walk the wacky I just don’t get it, it really doesn’t do anything for the clothes, runway. And did you see those girls stomp? They were both in need of Ms. Jay’s boot camp. Again. 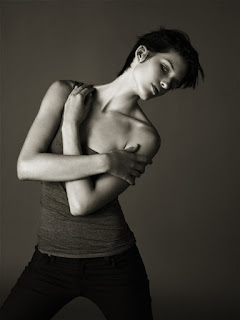 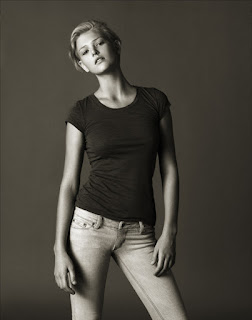 Then no big surprise the winner was the girl the bugged me all season McKey. I will give her credit though. She did have the best Cover Girl ad. Congrats.

Now the question is will I be back for another season? I just don’t know. This show has jumped the shark. 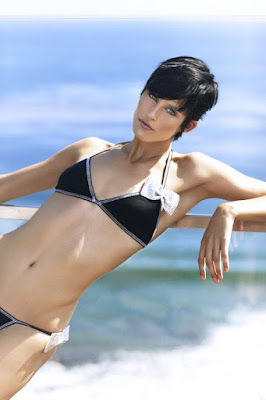 In better news Top chef was back back and there was a guest judge Donatella such and such with tons of restaurants I didn’t know. The quickfire was making a Top Chef hot dog. Huh? The chefs were freaking out. Asian dogs, Indian dogs, sushi dogs, Sausage dogs. Just give me a Nathans please.

I notice once again Radhika, the Indian chef who did not want to be type cast went for Indian. Ok and boy can she serve up the dirty looks. But dirty looks and all she wins the quickfire and gets immunity.

The elimination challenge : Create a 3 course new American lunch menu and everyone gets a section, appetizers, entrees and dessert. Chefs get crazy for a sec then split into groups after pretty boy Jeff pulls rank.

Fabio talks a lot during this show and the more it goes on the better he speaks. Is he playing us or am I just getting used to him. Hmm I must watch carefully. Last week he needed cards just to say his dish. What’s up with that? Is he really from Italy or Hoboken?

Moving on, Jill is in the egg isle of Whole Foods and spots ostrich eggs. Why are they there and why is she crazy enough to buy them?

Back in the kitchen, Tom come in and announces the the restaurant that they will be cooking in is his and the diners are all all NY chefs that didn’t make the cut for the show. Ouch, nice crowd. Way do deliver good news Tom. It doesn’t matter though because it’s Tom. Richard and I don’t mind.

At CRAFT the teams pick their locations and start prep. Jamie serves up the attitude. Do I like her? Kinda. Yeah. I think she and Eugene may be my faves but I’m not sure. Give me a few more episodes.

Carla is worried about her crust, Fabio goes on about olives and Sweet Richard surprises me by not telling Ariane about her overly sweet dessert. Ohh playing dirty. Do I like him? Maybe?

Tom arrives in the kitchen and it’s time for service.

Fabio-Beautiful. the food. not him. That’s up for discussion.

Ariane-lemon meringue- too sweet- Padma spits it out.

Finally Tom tries everything and the chefs sweat it out.

Jamie, Fabio, Carla, – They were the tops. Fabio still needs to hear himself talk and decides to argue before the judges could say they liked his dish. Ugh. I can’t stand him. Of course he’s the winner and he’s tied with Stefan. These two should pull out a ruler and just get it over with. 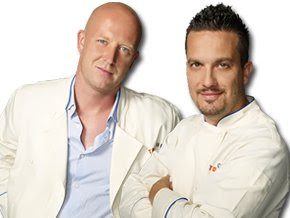 The bottom three were: Hosea, Jill and Ariane.

Poor Hosea is surprised to be there. Ariane is nonchalant and Jill is just spacey.

Jill has to pack her knives and go.