What’s Jack up to? He’s getting his beauty rest after the long holiday weekend of too much socializing. I know how you feel Jack, but no rest for me there’s work to be done. 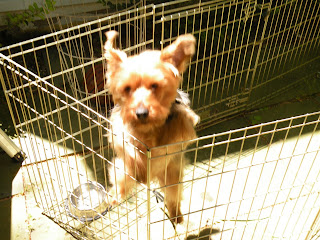 How was your weekend? Mine was a Hot Tranny Mess! Well, not really. It was really a gorgeous Tranny Show on Sunday night when I went out to celebrate a friend’s birthday at Lucky Cheng’s in The Village! Here is one photo that can be shared. Maybe more to come later once the official photographer sends them to me since I came out with no memory chip in my camera. Smart huh? I also got to go to another friends wonderful housewarming and make some new friends so yay! Then had some neighbors stop over for am impromptu Memorial Day get together which was lots of fun since it was totally unplanned. So this was a banner weekend. 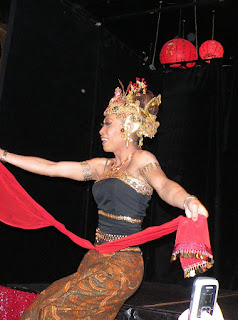 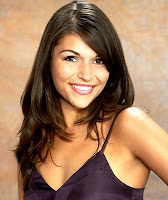 to watch The Bachelorette last night?
2 hours of oversensitivity and then raging bouts of testosterone. The Show opened with the three guys who got 1st impression roses on the last episode, Jeremy, Jesse and Richard, moving in with DeAnna and the rest of the dudes moving into the guest house in camp like barracks.
Then DeAnna went on a group date to a magic show where she disappeared with one guy making the others very upset. Later there was some sort of camping trip that I was too busy to pay much attention to, but I was lucky enough to catch Ryan, the virgin football player, tell all the guys that he was a virgin and stop the conversation cold. Screech!
There was a later group date at Dodger Stadium and Jeremy, the real estate attorney, rocked the other guys in the Home Run derby and one on one time with DeAnna and opened up to her telling her that he lost both his parents. Aww. Very Sad, but pulled him a rose. Cagey eh?
They showed the chef, Robert, in his Dodger shirt with a pink polo underneath (collar up) worrying if he’d get a first impression rose. I’m thinking no.
Then we get to see the whole group of guys sit around shirtless while the single dad opens up about his 3 year old son. Aww.
Is it me or the wacky folksy guitar music in the background or is the most ridiculously sensitive group of guys ever?
Later all the guys turn on Jeremy, even Ryan the virgin football dude. What up with that? Boy fight!
How do the guys do it? Why with glares and push ups of course!
Going home this week are: Eric the Greek guy who has to date a Greek girl and that was what DeAnna had going for her, Chris who pretty much pushed DeAnna away on his way out the door and Ryan the Pro Football Virgin doesn’t get why he was kicked out and didn’t make a connection. He was voted friendliest in 8th grade ya know so thins makes no sense!
No tears from the guys this week only DeAnna. Be Strong Girl! There’s no crying in Baseball!
Now time to get to work:
Lets see there’s:
Laundry, housework, doctor, P/T, proposal to write, bills, more laundry, more housework, kids eye doctor etc.
What’s on your to-do list?
Best,
Kwana