What’s Jack up to? Wacky Jack is getting shots today. Shh… Don’t tell him.
Poor thing. Wish him the best.

It was a Topsy Turvy Wednesday.

For America’s Next Top Model I was picking up my daughter from rehearsals so I actually was the ending of ANTM before the beginning so I missed all the drama and buildup and went right to the judging room. I was just as surprised as Claire to find her standing next to Aimee. Going by the pictures I thought it should have been Stacy-Ann. But I think the right girl went in the end. Buh-Bye Aimee. 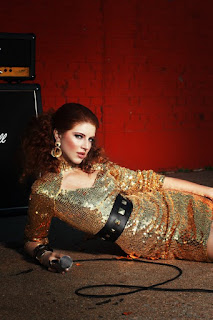 Now I get to back track to the drama …

What’s up with Claire and Lauren and all the cursing at Dominique. I understand you’re mad about the clock but ladies. Really? I think the producers may have rigged that clock. 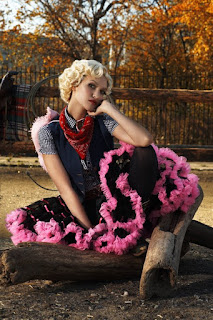 And wasn’t Claire being so 7th grade? She had better not win CoverGirl of the week this week.
Side bar: Wouldn’t the world seem better if the nightly news was read by Anya? 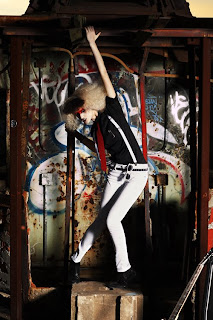 And we won’t even talk about Tyra’s all about me ‘pose with pain’ modeling class. Do they teach that at Barbizon? Oh, Tyra you crazy thang!

starts out with towel smacking between Spiky and Andrew. Dudes this is not a frat house. Then Jennifer and Zoi (name does not match spelling) are all sweet together. I secretly think Jennifer (fauxhawx) is giving culinary secrets. I can’t help it. Too many seasons of Big Brother for me!

Quickfire Taco Challenge. Great love tacos. Bummers. I wish I had some now. Too bad I can’t get the DH to make a Taco Bell run but I know he’d call me nuts. Am I crazy or is Manuel’s accent suddenly thicker for this challenge? What’s up with that?

Sidebar: Wanna here something funny? This is the first time I noticed Lisa on the show with her bad skirt steak. Has she been her all along? Has she always had the eyebrow piercing?

Should we smack Richard the fauxhawk showoff with his “may I eat one with you?” Smack! Then darn it! Richard wins!

The intensity on this show is crazy. Thump Thump – Sweat Sweat. wish I had pictures. Ugh.

They are splitting into teams and I suspect some fights ahead did anyone miss the big time Toyota product placement? I didn’t think so.

Blue team- I’m nervous for them. And the Sexy Drink Lavender. It sounds sleepy to me.

I’m also nervous for Stephanie and changing up her dessert. Frying and moving? Wasn’t that a disaster last week for whatshername?

Time for the party. Hey there’s Ted Allen! Good to see ya.

Service is up. Did you notice, Manuel has no accent? I did. Accent doesn’t make the Taco.

But hey the blue team’s food is not looking too bad. I wonder if the sleepy drink is actually sexy. I’m surprised that Stephanie can cook. Her dessert came out good. Why was I doubting her?

Now for the Red team.
Food’s looking food too and the guy’s are characters. Poor Padma dropped her Smore.
I wonder what the judges think of the dipping bar. I’m on the fence with that.

We’ll find out. It’s time for the Judges table.

We got bad cheese in the mac and cheese from Nikki, no good paella from Richard and I think the good Drink and dessert from Stephanie took them over the top. That Stephanie is Rocking!

Then Tom brings down the hammer and says, well you won but it wasn’t that good.

Now the Red team.
Man someone call for makeup and get these guys some powder. It’s sweat city.

We got bad corn dogs from Erik, Wilty Waldorf salad from Ryan, bad pasta from Zoi and the whole Americana thing that I thought was good turned out to be pretty bad. Oops.

Man the Corn Dogs did him in. The lovable Giant is gone. Buh-bye Erik.
Best,
Kwana