Today on ye old blog I’m so happy to have my friend, the super talented and all around amazing person, Piper Huguley here to talk about writing, her process and her much anticipated full length inspirational debut, THE PREACHER’S PROMISE (book 1 in her Home to Milford College series).

Hello Piper it’s so wonderful to have you here on ye old blog today!

First off can you tell us a bit about THE PREACHER’S PROMISE?

Devastated by her father’s death days after her triumphant graduation from Oberlin College, Amanda Stewart is all alone in the world. Sorting through her father’s papers, she discovers he had carried on a mysterious correspondence with a plantation in Milford, Georgia. To fulfill a promise she made to her father, she resolves to start a school there to educate and uplift their race.  However, when she arrives, the mayor tells her to leave.  There’s no where for her to go.

Virgil Smithson, Milford’s mayor, blacksmith and sometimes preacher man with a gift for fiery oratory, doesn’t want anything to do with a snobby schoolteacher from up North. On top of everything else, the schoolteacher lady has a will hard enough to match the iron he forges. He must organize his fellow formerly enslaved citizens into a new town and raise his young daughter alone. Still, his troubled past haunts him. He cannot forget the promise he made to his daughter’s mother as she died—that their child would learn to read and write.  If only he didn’t have secrets that the new schoolteacher seems determined to uncover. 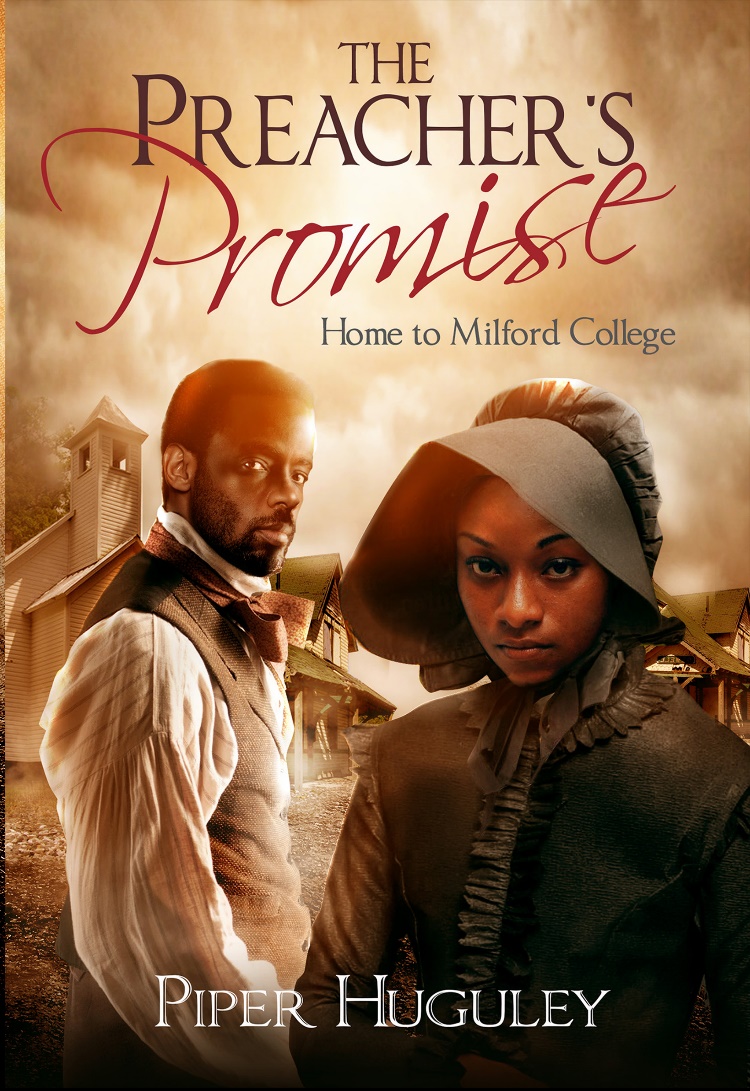 Now here is a short excerpt from The Preacher’s Promise:

If he had shot March with an arrow, he couldn’t have wounded his daughter more, judging from the screwed-up look on her brown face. And made him all the more determined for this pretty lady to get on about her business. This woman with her fancy bonnet and her big trailing dress with the smallest possible waist put big ideas into March’s head. What would he do with that once this lady was gone on about her rich life? Best to put all of that to an end. Now. Today. Well, at least tomorrow.

He moved off the platform, and March dragged her feet in her dusty shoes. But the rustle of the lady’s skirts did not follow them.

Virgil turned. She was still up there on the platform, a dark bell against the afternoon sky.

“Got to walk. Town’s up this way, Miss. Can’t wait out here all night.” If she stayed all night on the platform, he really would be responsible for her then. The thought of what could happen to her in the night made his dry throat catch.

A stubborn female. An even worse sight for March to see.

He started again. “Nightfall come, Miss, and the night riders could come and do you great harm. Wouldn’t want it to come to that.”

Couldn’t she see her safety was at stake? And he couldn’t touch her to bring her on. He looked at March to see if she were concerned about this lady’s safety, but his daughter, his own child, looked away from him.

Miss Amanda embodied danger itself. She had to go.

“I mean to say, I can’t go anywhere else, Mr. Smithson. If you’ll just take me to the teacher house, I’ll be comfortable.”

“I’m telling you, Pauline will put you up. What else you need to know?”

“I’m homeless, sir. I have no home or family or anywhere else to go.”

He dropped her case to the dust, clean out of options and responses. No matter that he was a freeman who bought himself out of slavery way before the war come. A man who used fire to make iron bend to his will had just met his match.

The Lawyer’s Luck is a prequel story about Amanda’s parents in 1844 Ohio.  It is a short novella. What inspired you to write this story?

The Reconstruction-era is not a time period that is often written about. So, I was looking for the history that was not written about, rather than gravitating to the often-told history. As it often happens, once I investigated the events of the time, the story grew out of those events in an organic way.  A bunch of teachers going in to tell native people that they were ignorant and needed to learn a new way of doing things?  Natural conflict.

Do you feel your works are more character or plot driven?

I have always thought they were more character driven, but having answered the above question, I would have to say maybe they are more plot driven. The history does provide certain answers when I am stuck.

What made you choose this genre to write in?

We see enough about the historical struggles of our ancestors.  I thought about this idea, and the idea for my 20th century series when I came to know, through the classroom, how younger people don’t know this history.  I thought of the fiction approach as a “fun” way to convey it.  Others on Facebook always proclaimed a desire for more African American Historical Romance.  It seemed to be a ready made market.

Tell us a bit about your writing schedule. I know you have a busy schedule also being a professor. How do you fit your writing into this world?

I tend to write in the evenings.  I will settle down to the computer for an hour or two and fast draft.  Then I will go back and revise.  I love accountability groups. It helps me to get a kick in the butt and to watch the words pile up.  I’m always looking for new accountability groups to join!

What advice would you give other aspiring writers?

If you have an idea that is unique, don’t give up on it.  There is an audience. The beauty of self-publishing is that there’s a better chance of reaching a  smaller audience.  Traditional publishers feel that because the audience is small, reaching those readers is not worth the risk.  I understand their point of view, because they have to make money to pay for their overhead and expenses, but in self-publishing, that doesn’t exist.  Save your money to self-publish to ensure that your voice and idea can be heard in the best most professional way.

Lastly what can readers expect next from you?

If it appears that people like my interpretation of this history, I’ll put out the next story in the series, The Mayor’s Mission.

I’m already loving the title! Can’t wait for that one to come out too.Thanks so much for being here today. It’s been a real pleasure.

Thank you for having me!

You all can find Piper in these spots around the web. Please look her up. You won’t be disappointed! 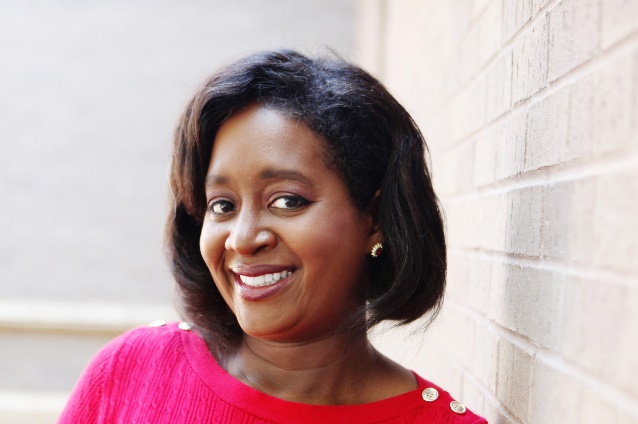 You can pick up The Preacher’s Promise at these e-tailers: