Today I’m thrilled to welcome to ye old blog as a guest author, the super fab, Reese Ryan here to talk The Complicated Character and her latest work Love Me Not out from Carina Press. Take it away Reese!

I’m a complicated girl. It’s okay. I’ve come to terms with that. At this stage in my life, I heartily embrace it. Not surprisingly, I’m fascinated by other complex characters; both real and fictional. Of course, living with a complicated person can, at times, be taxing. (Just ask my husband.) But peeling back the layers is part of the fun. Like unstacking one of those Russian nesting dolls or finally getting to the center of a Charms Blow Pop.

Jamie Charles, the heroine in my latest release, Love Me Not, is definitely a complicated character. In response to her difficult upbringing, she’s developed a tough outer skin. Like a callous that forms to protect the raw, damaged layer underneath. She can be bristly, judgmental and sometimes downright mean. Yet, she’s bright, talented and fiercely loyal to her adopted family, the Gordons.

She’s made a conscious choice not to get emotionally involved with anyone, believing that she is incapable of ever being that girl. The kind that falls in love and stays with someone forever. But when Miles Copeland comes along, he doesn’t buy that for a second, and he’s determined to prove her wrong.

Miles is also a multi-faceted character. Though in many ways, he’s the exact opposite of Jamie. Her past has driven her to put an electrified fence around her heart, but deep down she has a capacity to love deeply. Miles is all sunshine and charm, but below the surface he is dealing with a painful past of his own.

Jamie can certainly be hard to love. After all, it’s the one thing she believes she doesn’t want. However, Miles is determined to show her that he’s just the man for the job.

Do you like complex characters in books, television and movies? If so, tell us who your favorites are in the comments below. If complicated characters drive you crazy, tell us why. Then be sure to enter the Rafflecopter contest below for your chance to win the tour Grand Prize: $25 GC for your e-reader; $10 Starbucks e-card and a digital copy of my Bad Boys Gone Good Series.

Tortured artist, Jamie Charles’ life is a careful balance between flashes of brilliance and self-loathing. Her art is as dark and dramatic as her painful past. Her resentment of the biological parents—who were too preoccupied with their addictions to bother with her—fuels her ambition to succeed as an artist, but also takes a heavy, personal toll. 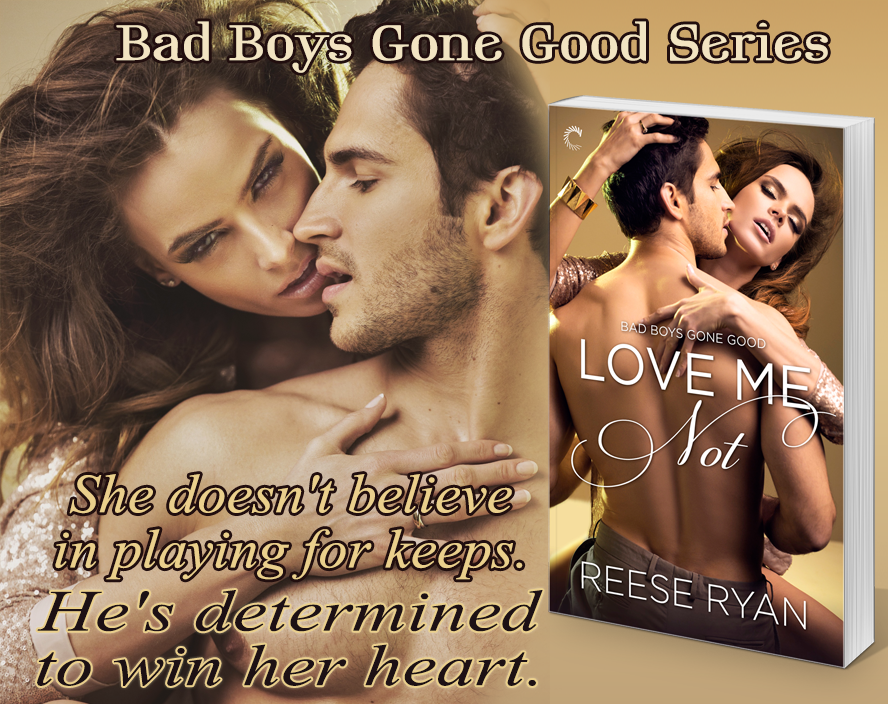 Miles Copeland climbed to the top of his advertising agency because he isn’t afraid of taking risks and because he has something to prove to the father who betrayed his family. But when he falls for a moody, Gothic beauty with zero interest in anything but a purely physical relationship, he finds himself in dangerous territory.

Jamie prefers living hard and fast without the complications of love, but finds it impossible to resist the stunningly handsome, yet incredibly sweet man who is determined to have every piece of her–including her heart. Miles shows Jamie the beauty of being loved madly and deeply, but is it enough to make her finally learn to love herself, and open her heart to him?

Love Me Not Excerpt

“You’re not the only person who can read people, mister.” She crossed her arms and stared at him.

“Okay, so maybe I can afford pricey shoes and—”

“It’s a gift,” she said proudly, leaning in a little closer. “I could tell you were a BMW guy two minutes after we met. Took me another fifteen minutes to figure out you’d probably go for classic black, probably a high-end five series…maybe the six series. Definitely not the seven, ’cause that’d just be flaunting it.”

He let out a low whistle and ran his fingers through his hair. “No way. The valet must be acting as your secret informant.”

“Nope. I told you, it’s a gift.” She rested her elbows on the bar and leaned even closer to him. Her voice was a husky whisper. “Don’t look now, but the older guy coming in the door with the chick in the tiny sequin skirt who’s young enough to be his granddaughter…bet he drives a wee little Corvette in some wildly inappropriate color like lemon yellow.” She backed away from him and headed to the other end of the bar to refresh another customer’s drink. When she was done she returned to Miles and whispered, “So whadya think? You think I’m right?”

He had that ridiculously sexy grin plastered on his face again, the wattage decidedly turned up a notch. “That guy is staying at my hotel. You’re only half right, though. He drives a nineteen sixty-five Corvette Stingray, but it isn’t yellow, it’s Incredible Hulk green.”

Jamie shuddered. “Even worse. And the guy should be taken behind a woodshed and beaten for mutilating an American classic like that. Not to mention the fact that he’s corrupting a minor.”

They giggled like naughty schoolchildren making fun of the substitute teacher’s ten-buck toupee, and something about it felt good. Familiar. Like having an inside joke with an old friend.

“You’re a bad influence on me.” She swiped underneath her eye with the heel of her hand, careful not to ruin her makeup. “I shouldn’t be making fun of the customers.”

“You’re telling me you wouldn’t have slammed that guy’s superhero-inspired midlife crisis on wheels if I wasn’t here?” He smiled at her. “Then I’m really glad I came. Face it, you might not want to talk about it, but you needed a good laugh tonight.”

Love Me Not explores the story of Jamie Charles and Miles Copeland. When these characters were introduced in Book #1–Making the First Move–they were already a couple, and Jamie had undergone a transformation. In that book we were given glimpses of what led to that change. Love Me Not steps backward, to tell the story of how Jamie met Miles.

If you haven’t already read Making the First Move…don’t. Read Love Me Not first.

Comment on this post, follow this blog, or choose one of the other available options to enter the Love Me Not blog tour contest below for your chance to win a $25 Amazon or Barnes & Noble Gift Card, a $10 Starbucks e-Card and both books in the Bad Boys Gone Good series to date–Love Me Not & Making the First Move. 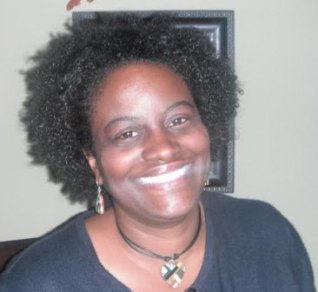 Reese Ryan writes sexy, contemporary fiction filled with colorful characters and sinfully-sweet romance. She secretly enjoys torturing her heroines with family and career drama, reformed bad boys, revealed secrets, and the occasional identity crisis, but always rewards them with a happily ever after.

Born and raised in the Midwest, she now resides in Central North Carolina where she has happily declared herself a Bohemian Southern Belle. Visit Reese online at ReeseRyan.com. Follow her on Twitter @ReeseRyanWrites. Connect with her on Facebook or Goodreads. 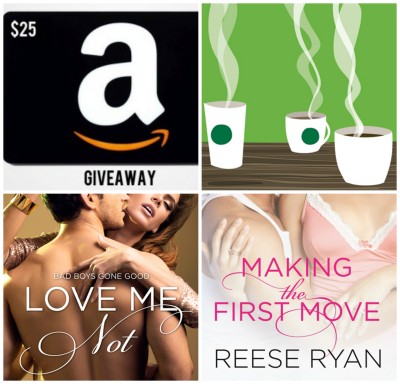 Thanks so much for being here Reese!