What Jack up to? Jack is celebrating of course! It’s extra treats all around. 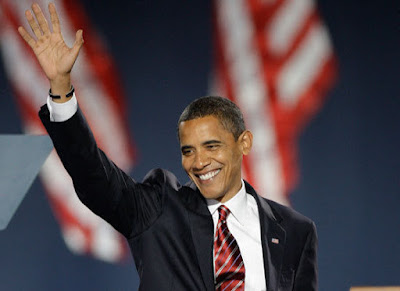 Today my joy is almost immeasurable. A new day is truly dawning. When I cast my vote yesterday for Barack Obama I could not stop myself from grinning. The promise of America felt like it was being fulfilled and now it looks like it actually has.

The words “you can be anything you want, even the president someday,” said to my Black children are no longer just words.

This country, much of it built literally on the backs of slaves, will now be lead by an African American. This is an amazing day. A great day. Dreams that I have for my children and possible grandchildren are now so much closer that I feel a can just reach out my hand and touch them.

There is a new standard of excellence. The bar has been raised to the highest point, not lowered or left at the same spot and I am so thankful for that. A CHANGE has come. Go on out and help organize your community. It does a country good.

The work is just beginning and the healing starts with the children. The world is changing. For the better.