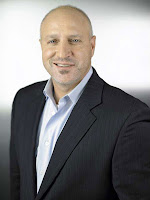 What’s Jack up to? He’s acting all happy and dancing around like he’s singing Thank God It’s Friday as if his job is so hard. What’s up with that?

This is why I heart Tom Colicchio. Check this out from his blog on bravo:

“And before I wrap up for this week, I have to comment on last week’s episode because it’s clear Dale’s dismissal has been a real bone of contention with viewers. Interestingly, after watching an episode purely as an audience member — in other words without the benefit of having been there –- it’s finally sunk in why our viewers get as riled as they do when the judges’ decision doesn’t jive with what they’ve seen
I wasn’t at the Judge’s table last week. I saw the same version of the show as everyone else. And based on what I saw, I expected Lisa to go home. She made two dishes that didn’t work, and Dale made one. Dale was also credited with executing the short ribs (albeit from Spike’s recipe) that were the team’s sole saving grace. The judges said they let Dale go because his scallops were the worst dish of the night, and while I know there was plenty that was discussed among them that didn’t make it into the episode, and while I certainly didn’t taste the food, (which is my typical snarky response when someone gripes about my judgment — “Look, buddy, YOU didn’t taste the food,”) from what I could see it was a pure numbers game. Lisa’s two lousy dishes against Dale’s one. End of story. “

See. If he was around I bet Dale would still be there.

In other madness… Check this out from TMZ. Feel free to discuss. 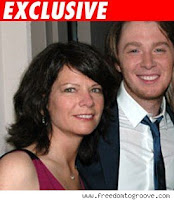 Posted May 29th 2008 4:00PM by TMZ Staff
TMZ has learned Clay Aiken is going to be a daddy. In case you didn’t process that, Clay Aiken is going to be a daddy.Here’s what we know. Multiple sources tell us the mother is Jaymes Foster, a record producer and Clay’s best friend. He lives at her home when he’s in L.A.We’re told 50-year-old Foster, who produced several Aiken CDs, is due in August. She’s the sister of record mogul David Foster. She divorced a few years back and has no kids. Aiken is 29.We’re told Foster was artificially inseminated. But Clay is a lot more than sperm — we’re told he will have an active role in raising the child.No immediate word from Aiken’s rep.