What’s Jack up to? He’s Happy to have Nana up today. She’s giving him unlimited treats. Talk about spoiled.


The top model girls land in Rome and Anya’s first step is a face plant out of the van! Poor thing.
Thank goodness the first Tyra mil is read by Whitney alone and not all of them together. Fatima is sick and crying and I’m not feeling anything but wondering where is Mr. Jay and is he really fighting with Tyra and will he be back for another season? Will she? Other reports say it’s totally untrue though.
Are we supposed to be stupid with these “random” women that they are pointing out? Of course they are not random, but models they placed. Did anyone think they were random? Ugh. I’m getting so annoyed by this show.
They had another challenge and what happens? Anya wins again. That girl with the squeaky voice is taking over the world.
Then it’s a Cover Girl commercial in Italian and it’s a full on disaster for most of the girls. And Lauren has to go. What a HOT TRANNY MESS! We’ll see what happens in judging.
We’re in Judging and the bottom two are Whitney and Lauren. Whitney is criticized for being phony but Tyra is still behind her. Come on and just send Thumbelina home….
The verdict is in and it’s…. Lauren. At least they made the right choice. 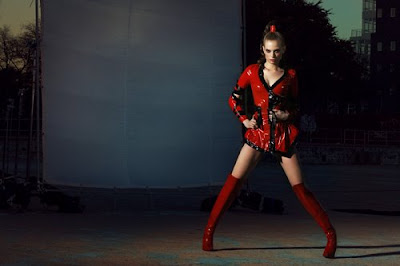 The show opens and once again Jen is talking about doing it for Zoi. Ugh. Why do I want her to go home already?
The quick fire is a dessert challenge and the judge is Johnny Izinnu (no, I can’t spell his name). I can tell there are some scared chefs. If you don’t know a dessert then you’re done for. Silly Lisa actually said she swore she wouldn’t do a dessert during this show. What? Has she ever watched the show? Never say Never. Now I want her to go home. I loved that Dale said he had 1 dessert up his sleeve and he was breaking it out! But the winner was… Richard. Ugh. He gets in the Top Chef cookbook.
Now they are going out to Second City for a night on the town and some comedy. But wait it quickly turns bad and it’s the really scary elimination challenge based on horrible improve.
Dale and Richard-green perplexed tofu- They are talking curry and other cool stuff with free beef fat what sure has me
Lisa and Antonia- Magenta drunk polish sausage and Lisa is mad. They are doing something with tequila
Jen and Stephanie- Orange turned on asparagus
Marc and Nikki- Purple depressed bacon
Spike and Andrew- are Yellow Vanilla Love and when they left whole food I wasn’t sure what they were making. Something with squash soup and love without a blender. Because now there’s no electrical equipment. Twister.

The guests arrive at the chef house and Spike and Andrew are first up with vanilla love squash soup and everyone is really loving it.
Jen is obviously missing Zoi a lot because first she’s talking threesomes she and Stephanie and doing a whole skit that’s a little, um, icky and so is the dish.
Dale and Richard came out with their perplexed food and the judges weren’t perplexed. They liked it.
Antonia and Lisa and their drunken sausage fell flat. They seem to hate their suggestion and it showed in their presentation.
Mark and Nikki come out with purple depressed bacon and it’s good, proving once again that all things are better with bacon.

Now back to the Not So Glad room and the girls are scared as hell. Strangely so am I.
Here goes… And it’s Jen that goes home! Wow! I know I wanted her to go but I can’t believe it’s her before Lisa or Nikki or OMG. Spike!!!!!

Oh well. She’s not doing it for Zoi anymore and now and I’m sad. 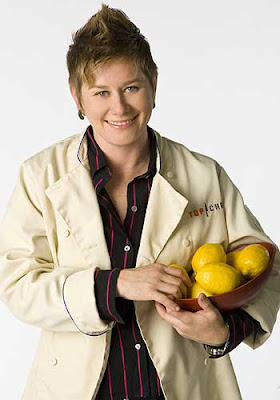