Today on ye old blog I’m thrilled to have my friend, chaptermate, and she just happens to be RWA/NYC’s Golden Apple Award Winning Author Of The Year 2016, LaQuette guest posting to tell us about her latest release LIES YOU TELL. Congrats and thank so much for being with us LaQuette! 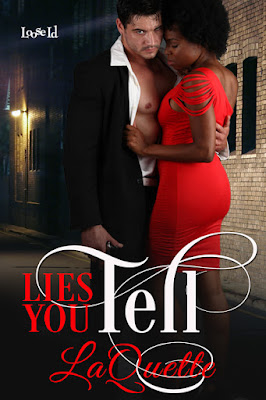 Lies You Tell
by
LaQuette

Six years ago Sanai Ward fled her life in Florida when her
lover’s infidelity nearly brings her life to a fiery end.  Scared and devastated, Sanai starts over from
nothing, determined to create a safe and happy life for the child she discovers
she’s carrying.
Single parenthood isn’t easy. But the joy of watching her
beloved Nazario thrive is more than enough motivation to ignore the ache in her
heart for the man that shattered her soul.
Dante De Luca is a passionate man who’s had his life stolen
from him.  Six years ago he was in love
and happy, until his woman was killed in a fire. Sanai was gone.  There was nothing left in the ashes but the
locket he’d placed around her neck.  Too
angry to deal with his loss, Dante seeks to make the rest of the world pay for
his broken heart by forming an unholy covenant with an unspeakable ally.  He knows he’ll live to regret it, but signing
away your humanity to the devil seems meaningless when your soul is already
gone.
When an accident involving a family member draws Dante to
New York, and forces an unexpected meeting between he and Sanai, Dante has to
decide what’s more important.  His rage
and revenge, or the safety of the woman he once loved and the health of their
son?
Just when Sanai’s deception is beginning to sting less,
Dante is faced with the fallout of his own lies.  Will she forgive him?  Will they survive them, or will their lives
become tragic casualties of the dangerous lies he told?
Available for Purchase at Loose Id

He’d been overwhelmed with love. She hadn’t said it to him,
still hadn’t, but he saw it in every other way possible. The fact that she’d carved
out a space for him in her home—several spaces to be exact—marked his
permanence, his residence in her life.
He sat next to her on the bed, hating the fact he couldn’t
remain there pressed against her. He leaned down and placed a loving kiss on
tender lips. “Take care of yourself. Take care of my boy.”
“As long as you agree to get back here as soon as possible,”
she answered through their kisses.
“Then we have no worries…because  that’s
exactly my plan.”
He kissed her again, deeply this time, savoring her taste. He
intended to be home late tonight or early tomorrow morning, but even that short
expanse of time was too much to be away from her.
“Mi mancherà mentre
non ci sono…mi piace quando torno,” he whispered to her before stealing one
last kiss.
“What does that mean?” she asked. “You say it every time you
leave.”
He only spoke bits and pieces of Italian around her. He knew
Nazario understood quite a bit from spending so much time in Mrs. Rossi’s care.
He never wanted Sanai to feel as if he was excluding her, so he only ever spoke
English in her presence.
“Miss me while I’m gone…love me when I return.”
She pulled herself up, leaning against the headboard for
support. He could see there was so much emotion building up behind her open
stare. He didn’t press. The truth was he didn’t need the words. These moments
they shared together told him more than any words in any language could ever
convey. He was stamped across her heart, and no one and nothing would ever
change that. 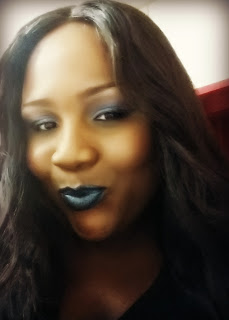 Thanks once again LaQuette and readers don’t forget to check out LaQuette’s latest and her incredible back-list!