I don’t do well when confronted with myself. Ultra critical, when I look in the mirror it’s the faults I see first, though I’m probably not all that special in that regard. But wait, it goes further. So cringe worthy is my self-reflection, that I find the sound of my own voice, intolerable and I won’t even do the recording on our home’s answering machine. That said, you can imagine how I feel about doing public readings or private ones for that matter, as I loathe the sound of my own voice even more when it’s chiming my own words back at me. Taking every flaw that was a mere whisper in my mind and scraping it out, long and slow like nails shimmying then quick skipping along a chalk board.

All that said, still, many months ago I went and entered my self-published book BOUNCE in the New Jersey Romance Writer’s Golden Leaf contest. The contest where the winner is announced in a crowded ballroom, full of edge of their seat romance writers waiting with baited breath to  hear the winners words being read by the iconic, Anne Frazier Walradt. Why would I do such a thing? Me, a person with severe stage phobia who also doesn’t like to hear her own stories read aloud? It makes no sense. 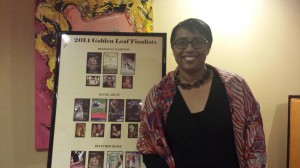 Well, the answer isn’t all that deep. You see, I’d been the New Jersey Romance writer’s conference many times before and like so many others I always wished I was one of ‘the ones’. Those chosen special few who for that year got to get the applause, but more than anything got to have their work read so beautify by Anne. Each passage a perfect literary triumph. So I entered, and this is where it gets a little confusing, because if truth be told,  I’m sure I entered, despite my phobias because I well and truly never expected my entry to get very far. You see I entered expecting to lose. I’m a wisher in the worst sense of the word. I make my wish and instantly negate it with a ‘and that will never happen’ on the back end on the wish. 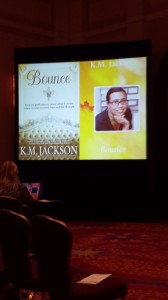 So long story short I entered. I entered and I made a halfhearted wish upon my entry, I’m sure backing it up with my seal of doubt and then I let it go. But then, way later, a strange thing happened. I got a call that I, me, well someone by the name of K.M. Jackson had finaled in the contest. It was a total OMG, Snoopy dance and then what in the world can this really be real moment. The Universe must surly be playing a joke on me.  Someone had took my wish and broken the seal of doubt. My system was good and truly wrecked.

But I went with it. And pulling up my big girl pants I, for the most part, slipped it to the back of my mind, telling myself that I was a not one of ‘The Ones’. That this was great and great was as good as it was gonna get so just roll with that and be happy. When friends told me to prepare an acceptance speech I laughed at them, saying what was the point. Preparing a speech took my wish and edged to closer to the dream category and dreams have a way of wiggling under your skin, making you put work behind them as you think they could possibly come true and I wasn’t ready to let that happen. Remember my phobias and I was fine with wishing ThankYouVeryMuch.  So while I was wishing I was mentally working on my perfect Oscar clap and smile for the real winner for when I didn’t hear my words read by Anne.

Finally, it was the big moment. I was sitting with my friends, trying my best to look cool as we were waiting for my category to be called. I had it all together in my head and if things would go according to my fool proof unscientific calculations there was no possible way I could be the winner. I had my clap and smile ready and waiting. The Wisher was firmly in her lane. But then it happened. Anne walked up to the podium and I heard the first few words …

“Sean reaches over and pulls my body in close to his, cradling my backside into his groin. He’s sleeping soundly, but his erection is strong and wide-awake.” 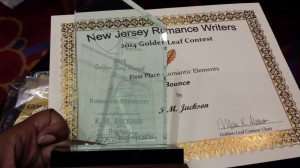 Holy crap, she was reading from BOUNCE! I inwardly groan with embarrassment as my inner critic raised her hand to poke me in the ribs (who in the world opens a book like that?!) while at the same time my heart leaped with joyous pride. This was it. This is not my wish moment but my dream coming true. There were cameras and eyes turned my way but all I could hear was my own voice telling myself to focus. Just listen to Anne. Hear the words that I wrote. And you know what? They never sounded so good. 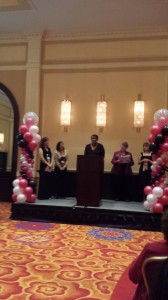 Thank you to Anne Frazier Walradt and the New Jersey Romance Writers for a night I will cherish forever.

And for making a Dream come true. 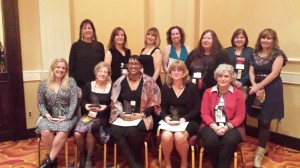 P.S. Thank you to all who entered. The Winner of my Creative Hearts Giveaway is Jackie Roberts! Congratulations Jackie. Please email me at kwanawrites @ Yahoo. Com with your information so that I can send you your gift card.