Today on ye old blog I’m so happy to have a friend who also happens to be a fabulous author, Jamie Wesley here to chat about books, writing and her debut release from Entangled publishing called Tell Me Something Good. 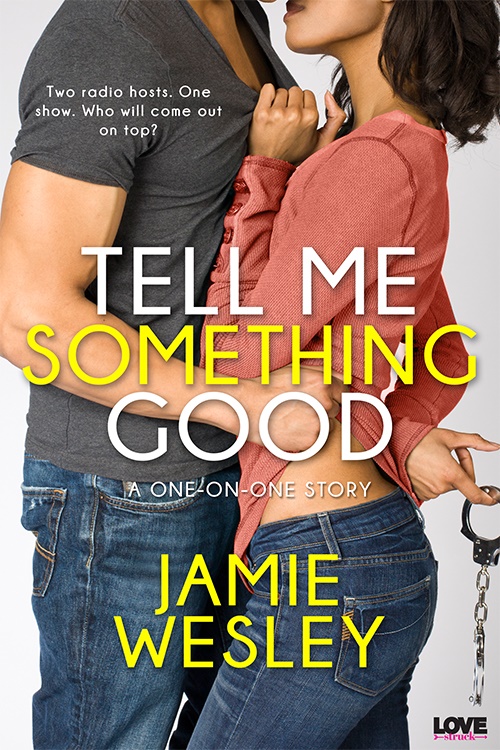 Hi Jamie! Thanks so much for being here today. It’s a real treat. First off can you tell us a bit about Tell Me Something Good?

Thank you, Kwana, for having me and absolutely, I’ll tell you about my book! TELL ME SOMETHING GOOD is an enemies-to-lovers contemporary romance that takes place in the world of talk radio. It’s funny and sexy (in my opinion anyway). Here’s the blurb:

Two radio show hosts. One show. Who will come out on top?

In a moment of restlessness, Tate Grayson sold his multimillion-dollar company and spun his love of sports into a radio talk show. Life, and love, is too short to take seriously—a fact he enjoys rubbing in uptight radio host Noelle Butler’s face.

After the death of her parents, a tragedy she blamed on herself, Noelle vowed to live a controlled, focused life. Now a psychologist, she channels her need for connection into her radio show. But when the arrogant sportscaster next door tells listeners men shouldn’t get married, she’s all too happy to yank the silver spoon out of his overprivileged mouth.

Their heated on-air arguments are a hit, but when the station director forces them to do a joint show for two weeks, Tate and Noelle object. They can’t stand each other, despite the attraction sizzling beneath every interaction. But if they can’t pull the struggling radio station back from the brink, they’ll lose their jobs. Or worse, their hearts.

What inspired you to write this story? The song Tell Me Something Good naturally!

I had no characters, no plot. Just a title. But it didn’t stay that way for long.

“Tell Me,” I thought. “Tell Me” led me to “talk” and then “talk radio.” And boom, I had an idea! What if two radio show talk hosts who couldn’t stand each other were forced to do a show together?

Tell us a bit about your writing schedule. Are you a Plotter or a Pantser? I’m a pantser, but I have to have some idea of the plot before I start. I’m not one to sit down at the computer with two characters and just write. I need to know something like they don’t like each other, but they have to work together at their radio station. With that said, I don’t plot the whole story out because – A. I can’t. I might have a general idea of what happens in the first few chapters, but chapter 8? No idea. And the quickest way for me to get frustrated and blocked is to try to figure out what happens in chapter 8 before I start the story. B. I lose interest if I know the entire story beforehand. I feel like I’ve already written it.

Care to share the story of your “overnight” success with my readers? Funny how long “overnight” takes, isn’t it? I graduated college in 2002. While I searched for a job, it occurred to me that as much as I love reading romance, I should try my hand at writing one. I’d always loved writing, and English was always my best subject. At one point, I thought I was going to be a journalist.

I had an idea for a story, but I got halfway through the book only to realize I had no idea what happened next. I got a job and put it aside. In 2009, I took it back out and finished it. It only took 7 years to figure out the ending! Lol. I tried to get it published in 2010. That’s when I realized that the publishing industry can be the very definition of frustrating. You submit and wait. And then the editor who had your story leaves, but doesn’t pass it along before departing, so you submit again, only to have the same thing happen again.

Anyway, while I waited, I wrote some more stories. I knew my writing was getting better and I got some confirmation in 2012 when I was a finalist in RWA’s Golden Heart contest. Surely now, I would be published! Except no. I received rejections from agents and a few publishers, which sucked, but didn’t defeat me. The rejections just meant I had to get better. I knew the story was good, but it could be better. So I set it aside and worked on other things. Eventually, I came back to it. I worked on it, then gave it to a friend for a critique. She did a great job and I worked on the book some more until I thought it was ready. In 2013, I submitted it to Entangled Publishing and had an acceptance less than a week later. That book was TELL ME SOMETHING GOOD.

As for the first book I wrote? It eventually got rejected and it’s now tucked away on my computer hard drive. I still like the plot, but the writing isn’t up to the standard I’ve set for myself. Maybe one day I’ll get back to it.

Who are some of your favorite writers that have influenced you? I’ve been reading Nora Roberts for over 20 years. Susan Elizabeth Phillips, Rachel Gibson, Brenda Jackson, Julie James. So yes, the biggest names in contemporary romance. Lol. But there’s the reason they are the biggest names. They’re terrific writers. And this is by no means a complete list.

What advice would you give other aspiring writers? Read the books/authors you love and try to figure out why you love them. Know that you’ll get frustrated and there will be setbacks, but don’t give up. Strive to be a better writer today than you were yesterday.

Lastly, what can readers expect next from you? I’m working on the sequel to TELL ME SOMETHING GOOD. It doesn’t have a title yet, but I’m going to refer to it as #notabadthing on Twitter. Yes, that’s in reference to Justin Timberlake’s song. The hero is having the hardest time convincing the heroine that he’s worth the risk. She may have her doubts, but my money is on the hero.

Thanks so much once again for being here today. It’s been a real pleasure.

No, thank you! I had an amazing time! As a thank you, I’d like to offer an e- copy of TELL ME SOMETHING GOOD to one of your readers. All they have to do to enter the contest is tell me the biggest curveball a boss has ever thrown at them (please put your contact info in your comment).

Here’s an excerpt from TELL ME SOMETHING GOOD:

She looked up. “I’m fine. Truly.” She grasped his hand on her cheek with hers and squeezed.

Tate stared into her beautiful, gray eyes. All he could see was her. All he wanted to see was her. His eyes slipped to her slightly parted full lips. His breath quickened as the pull between them strengthened. A force he was much too weak to continue resisting.

He lowered his head. A hand to his chest stopped him. He stilled, hoping she didn’t push him away. Hoping she did—to save him from himself. She didn’t. Instead, she gripped the shirt and slowly pulled him to her.

“Oh, man,” she whispered right before his lips met hers.

Lust he expected, but not the overwhelming sweetness and rightness that punched him in the gut. He slid his hand to her chin and tilted it up, seeking a better angle. She wrapped her left arm around his shoulders and pulled him closer. She sighed, a tiny sound that acted as a drug to his senses. He took advantage, slipping his tongue inside her mouth.

They shared a moan. He kept the kiss slow and languid, learning the shape and feel of her. What she liked. But his tactic did nothing to blight how mind-blowing the kiss was. Overwhelming desire filled every pore of his being. If her moans and her active participation were indications, Noelle felt the same.

He slid his hands down her back to her ass, cupped it, and drew her into his body. She went willingly and gasped into his mouth as his rock-hard erection made contact with her stomach.

He grinned against her mouth. Yeah, he wanted her. Bad. A swipe of her tongue against his bottom lip had him going back for more, the embrace turning harder.

Had a kiss ever felt so good, so right? So perfect? 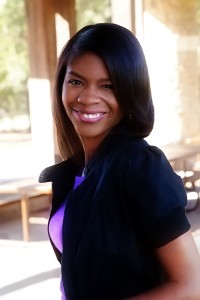 Connect with me at:

Don’t forget to comment folks. A winner will be announced on Monday!