Cue the horns and grab your confetti the time is here! It’s the big cover reveal for my final book in my Crimson Romance self proclaimed Creative Hearts series called: THREADS OF DESIRE due out at the end of January 2014.

In this book we meet, Gabby the sexy, sassy and curvy fashion designer who just so happens to be the best friend to Samara my heroine from SEDUCTION’S CANVAS. Being a former fashion designer myself, I can’t wait to bring you into Gabby’s world.

And now a bit about THREADS OF DESIRE:

Sexy, fashionista Gabrielle Russell has been challenging Nick Ross most of his life and now is no exception. A top financial analyst, Nick has been dating his boss’s daughter and he’s on the fast track to turning his five-year marathon into a three-year sprint. But life throws him a curve and when he finds his perfect girlfriend curled up in a very un-zen like position with her yoga instructor. Faced with this awkward downward dog, Nick heads to the only place he can think of—his brother Steve’s place—only to be stuck face to hips, thighs, lips, just about everything with his roommate, Gabby. She’s the habit Nick just can’t shake. The one that got away and she won’t let him forget it. 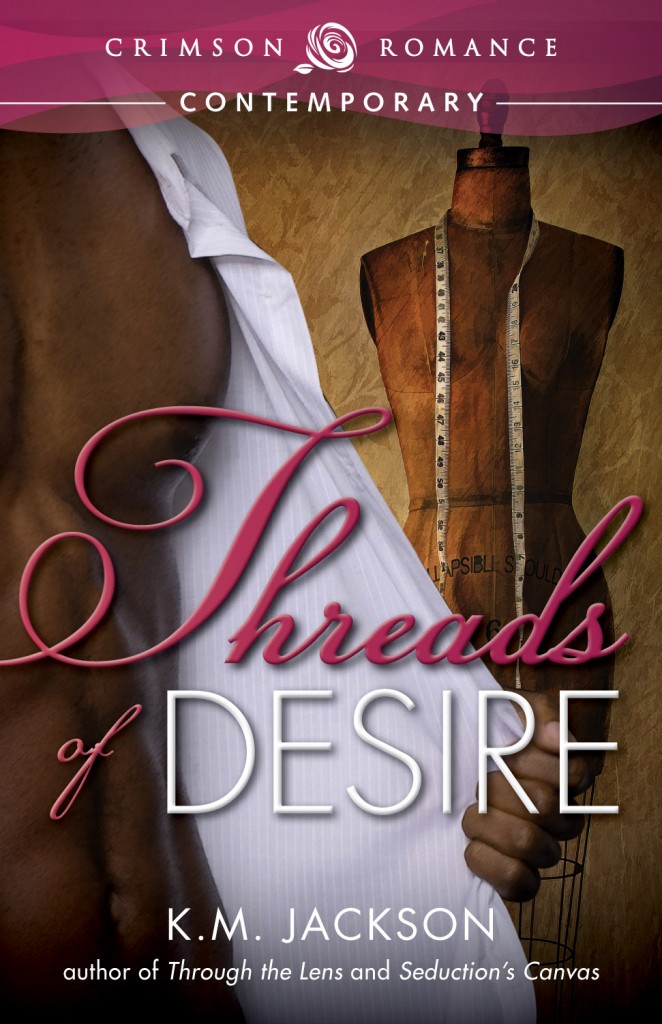