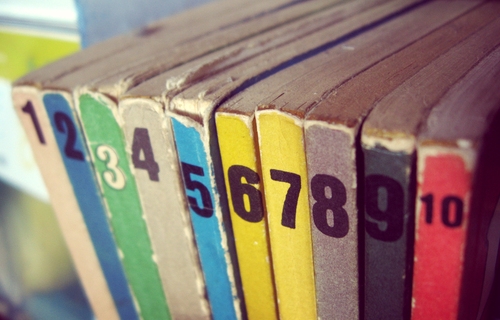 So I just finished reading the Fifty Shades of Grey trilogy that the whole country has been buzzing about but I’ll have more on that during a later TBR post. The astonishing part of this bit of trivia is the fact that I finished the entire series because I hardly ever finish a series. My Gemini mind just won’t let me stay in the game till the end. There is always another book. A new author. The last series I stayed with till the end was Karen Marie Moning’s Fever series. There was just no way I was giving up on the dark and sexy Barrons.

So now after my time with Fifty I’ve just picked up a new book called The Taker by Alma Katsu based on a recommendation from readers comments over at Heroes and Heartbreakers’ what to read after Fifty post and of course, after I downloaded it to my kindle I find it’s another series. Oh well, I hope it has a fantastic hero that keeps me just as engaged as both Christian and Barrons did. I’ll let you know.

Tell me are you a series reader?