What’s Jack up to? As I write this Jack is curled in a ball asleep on his bed looking like a bit of mop top. He needs a hair cut bad. The poor thing is still out of sorts with the new food. He’s eating it but doesn’t have his usual energy that he did with his old chow. Aww Jack perk up. You’ll get though this soon.
Happy Friday!
This is a bit of a 2 parter. 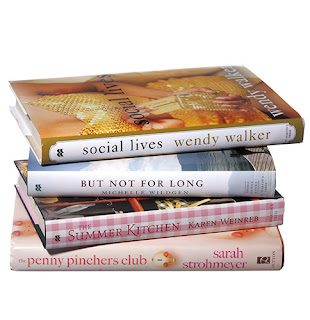 There was this article in The New York Times about a trend in chicklit which saw it going towards more recession conscious kinds of stories as opposed to being about excess. Call it Recession lit? Ugh isn’t tagging fiction annoying. I’m so feeling like it is now. The trend makes sense for some books but I’m not fond of blanket statements.
Sidebar: For me, chicklit, which I adore and write has never been something that was solely a lifestyle thing. For me it was more a voice thing and a certain kind of coming of age or life/realization story. The fact that it has constantly been tagged as city, latte, excess frivolous fiction always pricked at me a bit and completely oversimplified a very compelling and in many cases well written genre. One that deals with women growing and changing while being entertaining. No easy task.
But the reason I’m writing this now is as I was Tweeting and having a fab virtual party over The Real Housewives of Atlanta this occurred to me: 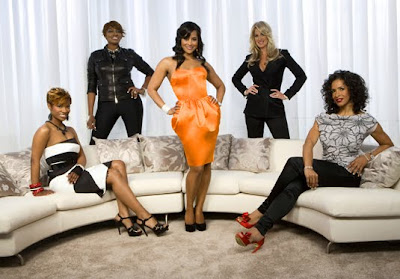 “Oh Dwight! The fact that this is the top show goes so against the recession chick lit talk. http://bit.ly/giZqQ“
Part 2.
Then I thought and tweeted (what a silly word):
“Of course I’m still into reading and writing excess lit. I like my books like I like my TV fun and an escape. Fun!”
I had a bit of hesitation typing that one. Crazy huh? But it’s amazing how often I feel I have to apologize, wrong word, justify my taste in books and television. Lately, I seem to spend a lot of time explaining it and why I don’t feel guilty for liking what I like or for taking the time to enjoy the things I enjoy. Dang, it’s like I can’t eat Popeye’s fried chicken and read a fun book in mixed company without folks clutching their pearls!
Why is it we feel that so much has to be justified and why do we feel the need to judge others on things like art and entertainment? Does what you watch on TV give any clue to a PhD?
Best,
Kwana
P.S.
I also tweeted:
Best scene of the night: Nene giving Shree’s friend the gas face. I can’t stop laughing! #rhoa
That scene was too funny. Did you watch. Fess up!