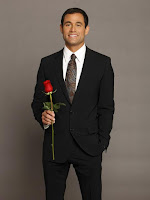 Or how many times can a grown man cry during a 3 hour period? Answer: way too many.
Jason, Jason, Jason. What was up with that hot mess of a put off and proposal then the After the Rose on The Bachelor? I will admit I only half watched in honor of Nana’s birthday. I was flipping back and forth between Jason and Jack Bauer on 24. There were no crocodile tears from Jack.

Jason did not fail to disappoint me by being the guy I suspected he was from the beginning. Quite shifty. I think it’s so not fair how the show did not let Molly see how Jason broke up with Melissa. Why not give her the full picture before she makes a decision? What a big set-up this whole un-reality thing was. And they are doing a part 2?

Well, I’ll be braving the elements to get things done that didn’t get done yesterday due to the snow day. It’s back to the bitter cold here in the northeast so I’m bundling up. Looks like it will be a while before the snow melts.

What on tap for your day?

P.S. Crazy woman update: I’m still hanging in there with the no sugar thing or white products. Although I did cave and have a small piece of Nana’s birthday cake. I was pretty strong at her dinner. She was not happy with me when I turned down her macaroni and cheese and the seafood salad and the sweet potato pie. I could go on and on… I feel like a warrior.