What’s Jack up to? He’s happy it’s Friday and ready for a fun filled day of play and bouncing around. Slow down Jack. It’s still way early. 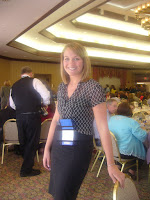 Will a literary agent be more likely to gain a movie option for me than my small publisher?

A lot of authors have a lot of questions about film rights. Typically we find that these sub rights are an area where many authors have unrealistic expectations and misconceptions. A forewarning, my answer to this question is going to sound pessimistic. Unfortunately I feel this is a case where regardless of the pleasantness of the truth its something that needs to be said.

It often seems that authors fall into the trap of believing if their manuscript has the stuff to be turned into a novel, then naturally that novel would also make a great movie. This is just not the case.

To begin to understand why this is, one needs to have an in-depth understanding of the film business. While the ins and outs are far too complicated for me to explain here, (and in all honesty much more all-encompassing than I even understand) the best way to explain it is that it is a VERY different market than the publishing business. People need to remember that as with any differing markets the needs and demands for each are separate and unique to their own individual market. Its absurd to assume that what works with one is naturally going to work for the other.
Plain and simple, you might in fact have the best book in the world, but unless the specifics of your story perfectly align with the needs of a production company, it is going to be a one in a million shot that you will find someone who is going to invest the time and money in making your book come to life.
Books are unique in the fact that a large part of what makes them special is the individual voice and style that a reader finds as they travel the pages. We’ve heard it before, but its nearly impossible to find a “new story” – most novels these days are in some form or another the retelling of a formula that has been done before. It is the new tone and style that the author weaves into the pages that make it a new story. To translate that tone and voice off of the page and onto the screen is a very difficult task, so while something may feel magical on paper, when it goes “live” it may instead end up feeling very “done”.
As to the specifics of your question, is an agent more likely to find you a deal than a small publisher. That depends on the agent I suppose. I can tell you that the Knight Agency (as similar with many other comparable literary agencies) is not looking to take on “film rights” to a project that has already been published. I can also tell you that when we are looking to sign on a new client, the salability of film rights associated with a prospective clients’ projects are far down the list of things we are concerned about. We are a literary agency and so our number one concern is the literary rights.
Keeping that in mind, I don’t want to give off the false impression that we don’t work the film rights on behalf of our clients. We do, and we have seen great success in the sale of several notable projects this year alone. However, we do this in association with a film-agent. We know that we don’t know the film market as well as a film-agent will, so we pair ourselves with partners that become advocates on behalf of our clients interests in the film/TV industry.
Whenever we are negotiating a book contract we try in as many instances as possible to retain the film rights for a project. We believe that we will in fact be more aggressive of these sub-rights than the publisher simply because we have an invested interest in the overall career growth of our authors on a more one-on-one basis than many publishers do. (And I’m not saying that publishers aren’t interested in film rights, I’m just asserting that a publisher’s number one concern is selling a profitable book).
So in the case that we retain the rights, we then put together a film-rights list that we will in turn offer to a variety of film agents of varying specialties. Out of these rights, after having been reviewed, film agents typically are only interested in seeing @20% of the projects we offer to them. Again this is because they are using their expertise and they know that the project isn’t going to be sale-able to a production company (much in the same regard that literary agents only take on a small portion of projects pitched to them, believing that they will be unable to find an editor interested in buying the others). A film agent may fall in love with a book, but that doesn’t mean they are going to be able to sell the rights. You know how editors have standard rejections such as “I just didn’t fall in love”? Well In many cases film agents have these same response, the projects they see are too “soft” or lack the “high-concept” demanded by the film industry’s needs.
Here it is also important that film agents, regardless of their specialty are going to be more inclined to look at a certain type of story. It is nearly impossible to sell the film rights to a straight Romance. And a thriller has to be amazingly different to stand out from the thousands of other thriller movies that have already been made. While this is frustrating it only makes sense when you really think about it. To write a good book it is important that authors follow certain conventions and rules, these rules and conventions then in turn work against you in the film business, hence the whole other business of “screen-writing” and the ability to use different rules.
So in conclusion and in summary; Can an agent sell your rights more effectively than a small press? Probably. But I’m only saying this because I’m betting your small press most likely doesn’t have a very expansive department working your film rights as it wouldn’t be a profitable venture. Most importantly; Can an agent sell your film rights? Probably not, and if that is what is most important to you, perhaps you should re-evaluate the field you are writing in.
So there it is. Thanks so much to Elaine. Please post your questions and comments in the comment section and we’ll see you next week.
Best,
Kwana