What’s Jack up to? Why he’s resting up for the holiday weekend. Don’t party too hard, Jack. I don’t think I can keep up. 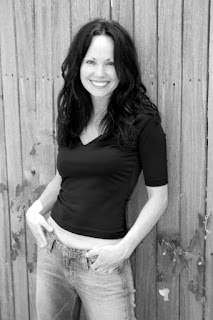 Gena’s newest book in her Alien Huntress series Savor Me Slowly is out now and her contemporary women’s fiction novel Catch A Mate has been released in mass market as well as audio book form. To top things off her teen alien huntress story Red Handed has been optioned for TV. Wow!

Hi, Gena thanks for being here. It’s a real honor.

Thank you so much for having me!! I’m thrilled to be here.

1. First off a traditional question. What made you want to be a writer? It is something you always knew you’d do?

I began playing around with my own stories in junior high, but soon learned that crafting them was a little too much work for my fourteen year old self. It wasn’t until I began bouncing around from one major to another in college (all in the medical field, strangely enough) that I realized writing was my true love and it was the only thing I could see myself doing for the rest of my life.
2. Tell us about your road to the New York Times Bestseller List. Were you an ‘overnight’ success?

I wish I could claim to be an overnight success, but it took me about ten years. First, I had to write seven books before I sold one (most of those books will never see the light of day). And I did not make a single list until my. . . eleventh release, I think it was. The Nymph King turned out to be my breakout novel. And to think, when the hero of that book first appeared in one of my books, he wasn’t meant to have his own story. He had other ideas, though, and I’m so glad he did!

My writing schedule seems to change with every book. Used to, I wrote the rough drafts long hand in about 3 weeks, writing seven days a week until it was done. Now, I write a chapter a day, five days a week, until the rough draft is done. That usually takes me a month and a half. Then, I read over the book, adding everything I missed the first go round. Then, I read over it again to make sure everything flows smoothly. The entire process takes about 3 months.

4. You write in many different genres: paranormal, contemporary women’s fiction, urban fantasy and young adult. How do you change genres in such a seemingly effortless way? Come on tell us, do you love all your babies equally or are some more of a challenge to raise than others?

Changing genres keeps me from burn out because each genre taps into different emotions. My contemporaries tend to be lighter, funnier. My paranormals have become darker, more sensual, more emotional. The young adults bring out the kid in me.
Of all those genres, though, the paranormals are my favorite. Especially the ones I’m writing now. The possibilities are endless. Anything I can think up, I can write.

**Bonus question from a fan (my daughter). Growing up were you anything like your character, Jade in Oh My Goth? What inspired you to write her?

My junior high years, I was indeed a bit like Jade. Wore black, dressed punk, rocked out. (I feel so weird saying that now LOL) So when I sat down to write Oh My Goth, I wanted to show the struggles of someone who is considered a freak but wants so badly to be happy with who and what they are. (I was often called Casper, Ghost, Mustache Girl) Though don’t get me wrong. In high school, I became more like Mercedes: captain of the cheerleading team, rude to others.
Now, when I think back to the girl I used to be, I can only shake my head in wonder. I’m so different, almost as if my personality was cut up into little pieces and put back together out of order.

5. What’s one piece of writing advice you’d like to give aspiring authors?

Write the book of your heart. Never write to trend. Because, by the time you finish, the trend will be over.

6. What can we look for next from you?

I am so excited to launch my new Lords of the Underworld series (May, June, July 08) They features immortal warriors who opened Pandora’s box, releasing a horde of evil demons upon the earth. Now, as punishment, each warrior carries a demon inside himself.

Once again, WOW! Thanks so much for being here and I can’t wait to pick up the next book(s)!
Thank you for having me!!

For a laugh Check out this fun video of Gena being interviewed by fellow author (and comedian), Jill Monroe below. Enjoy!