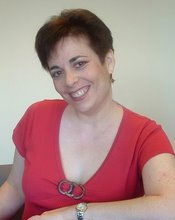 Here is a bit of a teaser: Isabella Ricci has pledged her life for the cause – to free Italy from Nazi oppression. Her mission for the Resistance, to seduce a German officer into revealing military secrets, could be deadly. Can she complete her assignment before losing her heart…or her life? 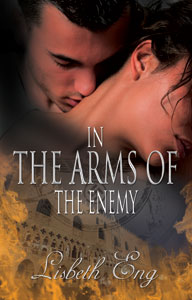 Welcome to ye old blog Lisbeth it’s so good to have you here on just a joyous occasion.

Tell us about your background. Did you know you always wanted to be a writer?

I never really thought I’d be a writer, but even as a small child I fantasized about writing a novel.  And though I majored in English in college, I didn’t picture myself making a living as a fiction writer or even completing a novel.  I was not very career oriented (I just wanted to make it through those four years with good grades and a fun social life) but one of my professors, my mentor, you might call her, told me a major in English is a boon to any career.  Back then, I never thought I’d end up in the finance industry for 27 years, nor that I would complete an entire novel, much less get it published!

Now you write is a time that is not seen too often what drew you to WWII as a setting for romance?

Years ago, when I began In the Arms of the Enemy, I knew that a romance novel (or any novel) needs a strong conflict, and what could be a better source of conflict than war? World War II evokes particularly strong emotions, especially when the German army is involved, and one of my main characters is a German officer.  The heroine, Isabella Ricci, is a freedom fighter and member of the Italian Resistance. Her mission is to seduce a German officer, Captain Günter Schumann, to gain intelligence to fight the Nazis.  A love triangle develops between Isabella, Günter and Massimo Baricelli, Isabella’s Italian boyfriend and her commander in the Resistance.  But I recently realized the most likely reason I chose World War II Italy as the setting for my novel.  I spent the summer between my sophomore and junior years of college in Italy, and our professor regaled us with thrilling tales of the Italian Resistance.  He had lived in Italy during the war and his recollections were quite personal and moving.  I think that planted a seed, which subconsciously grew into a novel twenty years later.

Now for one of my favorite questions… Tell us the story of your “overnight” success. Inquiring minds want to know.

Overnight success?  Hardly!  I started this book nearly nine years ago and my manuscript has endured multiple rewrites, revisions, submissions and rejections along the way.  I also put it aside for a couple of years when I needed time to deal with some major life issues.  Even publication with The Wild Rose Press was not an easy road.  I submitted it to them nearly two years ago and had to revise it twice before they would offer me a contract.  After the contract came two rounds of editing, which lasted over six months.

What’s can we look forward to next from you?

I’ve a few ideas churning in my brain for another historical, though probably not set during World War II.  I do have an idea for a post-WWII romance set in Germany involving an American soldier and a German woman.  But I’m also toying with ideas for romances set during the American Revolution (a British soldier and a female American patriot), pre-Civil War (a northern abolitionist and a southern belle) and a romance between a Catholic man and a Protestant woman set in Ireland during the Anglo-Irish War.  As you can see, conflicts abound.  However, the one that’s been most on my mind of late is set in 18th century England and (surprisingly) doesn’t involve any wars.  Maybe I need a break from all the fighting!

Thanks so much for being here today Lisbeth. I’m honored to have you here for you debut.

Now for more fun one lucky commenter will win a signed copy of IN THE ARMS OF THE ENEMY sent from Lisbeth. So comment away or ask a question or Lisbeth and good luck!!! Winner will be announced on Wednesday.

You can visit Lisbeth at her site   http://www.lisbetheng.com/ and pick up IN THE ARMS OF THE ENEMY from The Wild Rose Press here: