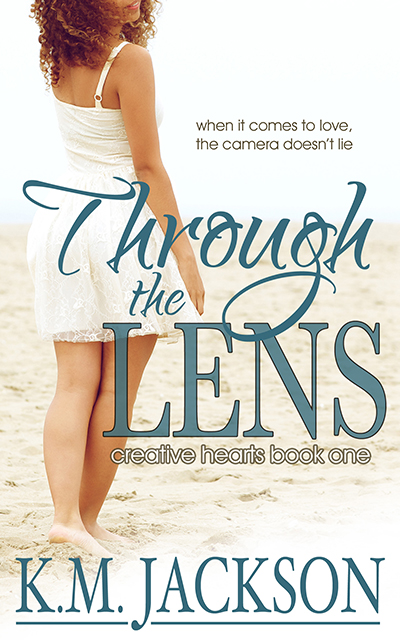 Mika Walters is a normal woman working in the not so normal world of New York Fashion. As long time assistant to uber sexy photographer Alejandro Vargas she’s tired of being the girl in the background. Just once she wants Alejandro to look at her with the same smoldering look he gives to his willowy models and now she has her chance.

After a travel mishap where the rest of the crew and the models can’t make the remote location shoot for another three days Mika is taking her moment to catch Alejandro’s eye and put herself in front of Alejandro’s camera and if all goes to plan, his bed… at least until the real world catches up with them.

Alejandro doesn’t know what’s gotten into Mika maybe it’s the sand, maybe it’s the sun, but he doesn’t really care. All he knows is that he’s finally opened his eyes and is seeing her clearly for the first time as the smart, gorgeous and incredibly irresistible woman she is.

But why can’t she realize that what he’s feeling for her is not one of his usual one, well, three night stands? This is real. Real love, real passion. What’s it going to take for him to prove to Mika that she’s the woman he wants? Now and forever.